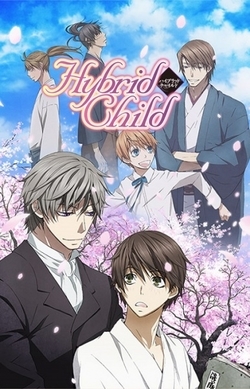 Hybrid Child is a Boys' Love manga by Junjou Romantica's creator Shungiku Nakamura. It is consisted of three interrelated oneshots revolving around the eponymous Hybrid Child, dolls that can gain emotions and grow when given human affections. The first story is about a good-natured but lazy young man with the abandoned Hybrid Child he adopted, the second is about a former soldier, and the last covers the backstory of the creator of the Hybrid Children.