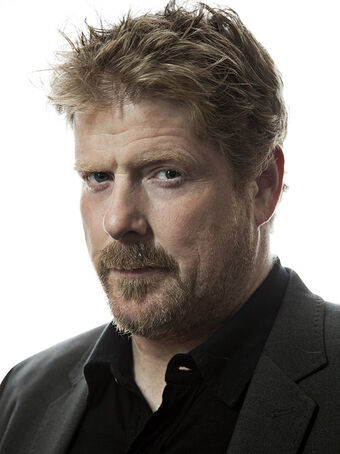 Up yours, meatbag.
OUTRAGEOUS! John DiMaggio has his own page now!?
Advertisement:

Well, yes. Yes he does. (With blackjack and hookers!)

And as the photo proves, he is not a pseudonym of Peter Cullen. He's also not to be confused with the famous baseball player Joe DiMaggio. Seriously.

Noted for being a very nice man when not acting.