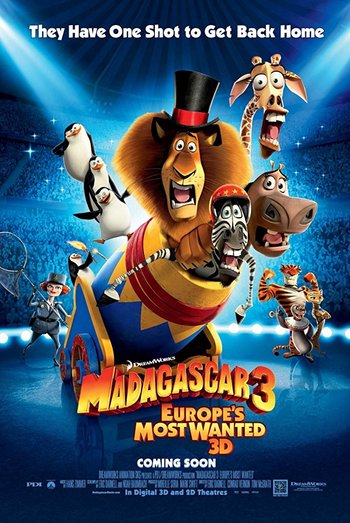 They only have one last shot to get back home.

Madagascar 3: Europe's Most Wanted is a 2012 computer-animated comedy produced by DreamWorks Animation, and is a sequel to 2005's Madagascar and 2008's Madagascar: Escape 2 Africa.

The animals are still trying to find a way back to New York, and end up journeying to Europe, where they find help in a traveling circus. While dodging a fanatical animal control officer, they help make the circus a spectacular success as a means to an end (said end being getting to America).

), the spinoff film Penguins of Madagascar takes place a short time after this film.