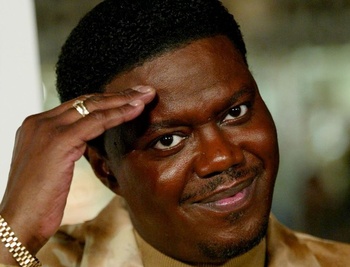 "The one thing about comedy, making it become a part of you, the audience loves it, because you become part of them."

He was best known for The Bernie Mac Show, which earned him a Television Critics Association Award for Individual Achievement in Comedy in 2002. He also had film roles such as Stan Ross in Mr. 3000, Frank Catton in the Ocean's Eleven series and Bobby Bolivia in Transformers.

He suffered from sarcoidosis and passed away from it (with pneumonia complications) on August 9, 2008.