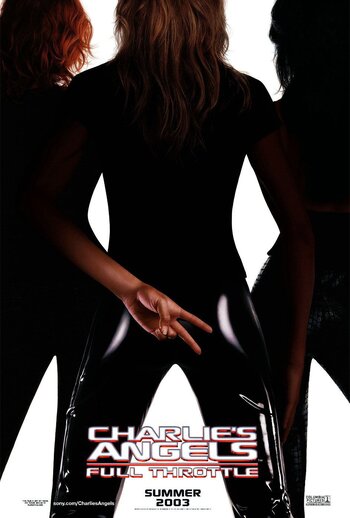 "Angels are like diamonds. They can't be made, you have to find them. Each one is unique."
Advertisement:

The Angels—Natalie (Cameron Diaz), Dylan (Drew Barrymore), and Alex (Lucy Liu) are back again but this time they're preparing for a strike without even warning as they go undercover to retrieve two missing silver bands. These are no ordinary rings. They contain valuable encrypted information that reveal the new identities of every person in the Federal Witness Protection Program. When witnesses start turning up dead, only the Angels, using their expertise as masters of disguise, espionage and martial arts can stop the perpetrator, a mysterious "fallen" Angel (Demi Moore).