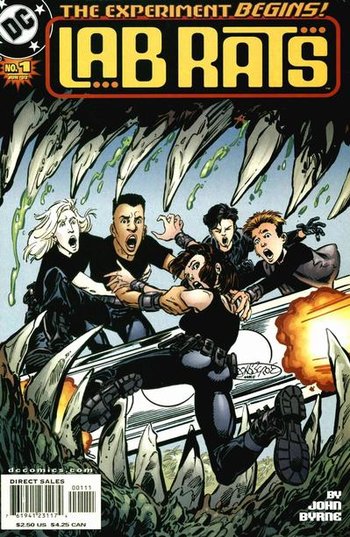 Lab Rats is an eight issue DC Comics series by John Byrne following a group of homeless and run away children who have been taken to "The Campus" where they are used in experiments by Robert Quinlan. When Quinlan isn't strapping them into one deadly contraption or another he's sending them to clean up and investigate the dangerous results of his other experiments.

As the Lab Rats start dying on page one of issue one be warned of unmarked spoilers ahead.

Tropes in this comic: