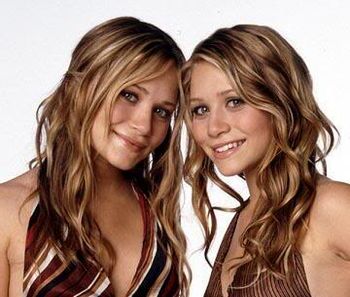 Before Millie Bobby Brown, before Emma Watson, there was the Olsen twins...

They became famous for playing Michelle Tanner in Full House. They parlayed that fame into a highly lucrative series of straight-to-VHS movies, leading them to become the top-earning stars under the age of 21 from the early 90's to the mid-2000s. They stopped acting as a duo in 2004, after the financial disappointment of New York Minute, but continued to profit handsomely from royalties, earning $40 million in 2006 even though they hadn't acted in anything. In 2007 Forbes ranked the twins as the eleventh-richest women in entertainment, with an estimated net worth of $100 million. Their success has led to a number of attempts to heavily promote other young twin actor pairs.

Their later teen years were common fodder for tabloid news. As adults, their focus shifted from acting to fashion, and they've used their considerable personal wealth to produce numerous clothing lines. In Fall 2008, the girls wrote a book called Influence as "a tribute to designers, artists, and other industry creative individuals who inspired them." Mary Kate continues to act occasionally in movies and TV shows, while Ashley has forgone acting entirely to focus on their fashion business.

A little-known fact about Mary-Kate and Ashley is that they're technically fraternal (non-identical) twins—although they look enough alike where they could easily pass for being identical twins. Mary-Kate and Ashley also have four other siblings outside of each other, two of whom are half-siblings through their dad's second marriage (the twins' parents got divorced in 1995):

Mary-Kate and Ashley Olsen have appeared in these works:

Some tropes used by their works: