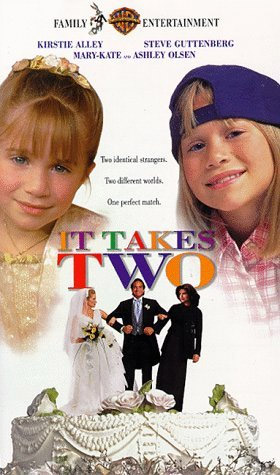 Two unrelated young girls who happen to look identical suddenly meet. Amanda Lemmon (Mary-Kate Olsen) is an orphan, and she is about to be adopted by a family whom she doesn't like, the Butkises. She actually wants her child-loving case worker Diane Barrows (Kirstie Alley) to adopt her instead. Diane would like to do the same thing, but authorities will not let her because of her low salary. Alyssa Callaway (Ashley Olsen) is coming home from her boarding school's piano recital competition, only to find that her wealthy father Roger (Steve Guttenberg) is about to marry Clarice Kensington (Jane Sibbett), a socialite who (secretly) hates kids and baseball (which Roger adores).

The girls switch places in a bid to get rid of Clarice and find out that Diane and Roger would fit together perfectly. So they arrange "chance" meetings with the desired result: they fall in love with each other. After some turbulences, Alyssa (who poses as Amanda) ends up being adopted by the Butkises. She and Diane (while looking for Alyssa) find out the only reason they have adopted many kids was for them to work in their salvage yard.

When Clarice secretly spies on Roger and Diane, she decides to move up the wedding from the next month to the next day. After Amanda, who poses as Alyssa, proves to the family butler Vincenzo (Philip Bosco) who she really is at the church, he summons to have the real Alyssa picked up from the Butkises' salvage yard to stall the wedding. Once she and Diane end up at the church, Roger stops the wedding and tells Clarice that he fell in love with Diane. Furious, she slaps him and prepares to do the same to both Amanda and Alyssa but is stopped by both Vincenzo and Diane. She storms out of the church, embarrassed. Alyssa embarrasses Clarice even more by stepping on her dress, revealing the back of her underpants in front of everybody, including people with cameras. Roger and Diane both find out in the end that it was Amanda and Alyssa that arranged all the meetings between the two of them the entire time.

In a nutshell, this is what The Parent Trap would look like if the twin sisters were identical strangers.