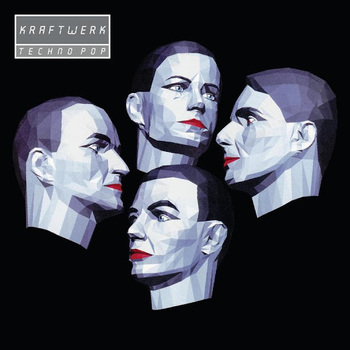 Techno Pop (also known as Electric Café) is the ninth album released by Kraftwerk. Sampling is chronic in this one - that's pretty much down to the band switching for digital equipment when they were working on it.

Upon its release in 1986, though not massively hated or given any serious backlash, many fans and reviewers alike didn't give it as much praise compared to its predecessors. This would also turn out to be the band's last album for 17 years, not counting 1991's The Mix, 2000's Expo 2000 EP, or indeed the many remixes and performances of songs from this very album among others throughout The '90s.