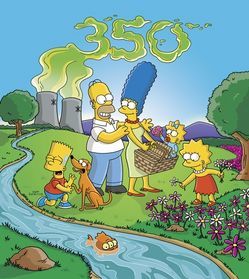 Through Professor Frink's future machine, Bart and Lisa see their lives in the year 2013, where Bart steals Lisa's chances at going to an Ivy League school in order to impress a skater girl named Jenda while Homer (now separated from Marge and living in an underwater apartment) fights Krusty the Clown after Marge begins dating him.