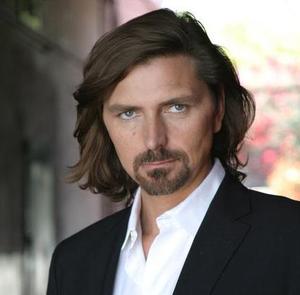 Robin Atkin Downes (born 6 September 1976 in London, England) is a London actor who is one of the most prolific voice-over actors in Los Angeles. He has his own YouTube channel

Don't confuse him with the similarly named Robert Downey Jr., or with Rowan Atkinson.

Tropes found in his acting and voice acting: