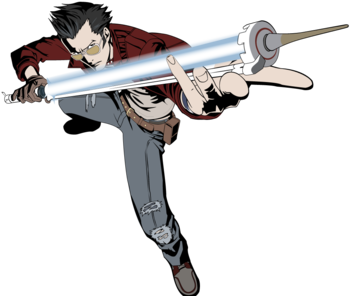 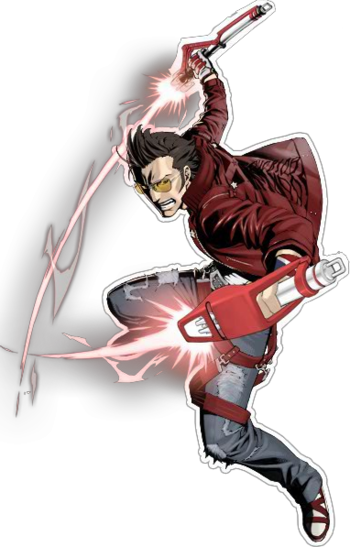 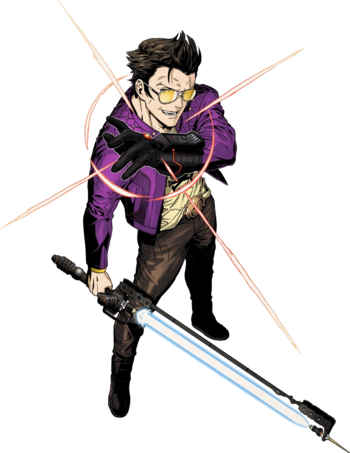 Click to see him in No More Heroes III

The Heroic Comedic Sociopath Anti-Hero of the game, who is out to go from loser Otaku to would-be badass assassin. Begins the game as the 11th ranked assassin in the United Assassins Association. His life becomes significantly more complicated by becoming an assassin, including running into several levels of Squick and family he didn't even know he had.