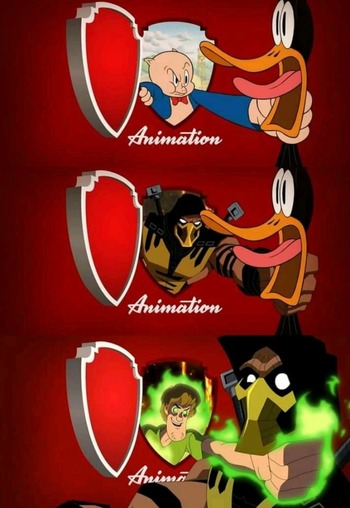 Top to bottom: Porky Pig and Daffy Duck (debuting in Teen Titans Go! To the Movies); Scorpion and Daffy from Scorpion's Revenge; Ultra Instinct Shaggy and Scorpion from Battle of the Realms
Advertisement:

Mortal Kombat Legends is a pair of movies by Warner Bros. Animation. The pair is:

The films contain examples of the following tropes: