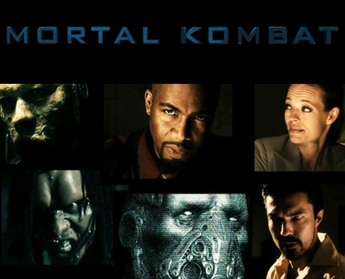 A more realistic take on Mortal Kombat. In Deacon City, crime is running rampant, forcing Police Captain Jackson Briggs (Michael Jai White) to reach out to assassin Hanzo Hasashi. Briggs informs Hasashi of the presence of two madmen, codenamed Reptile and Baraka, as well as the man believed to be employing them both, Shang Tsung. The plan to deal with these men is simple; Tsung is holding an underground fighting tournament where it is believed that they and other undesirables will gather. Hasashi is to enter the tournament and eliminate everyone involved. Initially, the assassin is uninterested in this plan, until Sonya Blade (Jeri Ryan) reveals to him that a man named Sub-Zero will be there as well. His curiosity piqued, as he believed Sub-Zero to be dead and buried, Hasashi agrees before dropping his old name in favor of a new one - Scorpion.

Originally a short film intended to generate interest in a version of Mortal Kombat not unlike Batman Begins and The Dark Knight, Rebirth was greenlit to become a ten episode web series. The original short/trailer can be viewed here.