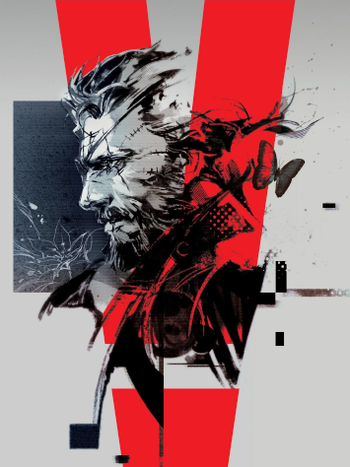 Metal Gear Solid V is a duology of stealth based games serving as the tenth mainline entry in the Metal Gear series by Kojima Productions for the PlayStation 3, Xbox 360, PlayStation 4, Xbox One, and PC. The prologue, Ground Zeroes, was released for consoles on March 18, 2014 in North America, March 20 in Europe and Japan, and March 27 in Australia. The PC version was released worldwide on Steam on December 18, 2014. The main game, The Phantom Pain, was released worldwide on September 1, 2015.

Metal Gear Solid V ventures into open world territory, with multiple massive areas players can explore during Snake's adventures, along with a real-time clock feature that can change the way one approaches enemy territories and go about their missions. Controllable vehicles appear for the first time, and can be used to traverse landscapes quicker. Mother Base returns from Peace Walker, and can now be fully-customized and explored.

Metal Gear Solid V was Kojima Productions' first project developed on the FOX Engine. It was also the first cross-generational launch in the series' history, releasing on both seventh generation and eighth generation.note Though the series has had a number of Updated Rereleases on newer platforms It was also the first game in the series since Metal Gear Solid 2: Sons of Liberty to run at 60 frames per second at launch.

Unmarked spoilers for previous games in the series ahead. Avoid or read at your own risk.