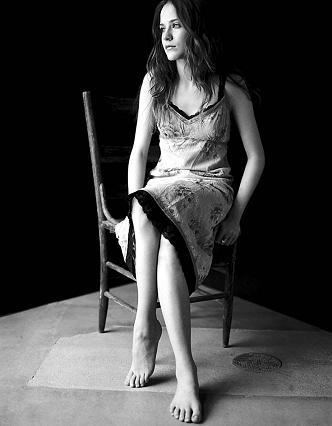 Evan Rachel Wood is an American actress. Born September 7th, 1987 in Raleigh, North Carolina, her first starring role was in 2002's Little Secrets. She was simultaneously starring in the TV series Once and Again, but her breakthrough role was her critically acclaimed performance in teen drama film Thirteen (2003) for which she received a Golden Globe nomination. She is known for mostly appearing in independent films and has acted in Pretty Persuasion, Down In The Valley, Running With Scissors, Barefoot, Across the Universe (2007), Into the Forest, Kajillionaire and voice-acted in Strange Magic and Frozen II. She is now probably best known for her role as Queen Sophie Anne on True Blood and her current starring role in Westworld.

She is the former fiance of Marilyn Manson and married Jamie Bell (then separated from him less than two years later). They have one son. She is openly bisexual and an advocate of LGBT and women's rights. She has become friends with Millie Bobby Brown of all people. She also made a hilarious F-bomb review

of the now infamous movie Cats. She has said she's been a victim of domestic abuse (publicly naming Marilyn Manson as her abuser in 2021) and publicly testified in favor of a California law which gave greater resources to prosecute such cases.

Tropes featured in her work include: