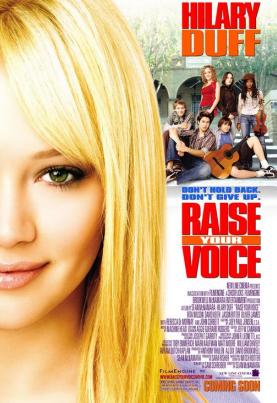 A movie which Hilary Duff made during her Lizzie McGuire phase that many believe showed her acting chops. (The scenes where her character dealt with losing her brother were surprisingly believeable.)
Advertisement:

Duff plays Terri Fletcher, her usual perky character except with occasional Wangst due to the fact that her brother Paul died in a freak car accident with Terri as a passenger. Terri is "forced" to disobey her Overprotective Dad because it's her destiny to go to music school in Los Angeles, where she finds the usual Stock Characters:

Yes, it's pretty much just as much a Cliché Storm as it sounds like, complete with a Concert Climax.