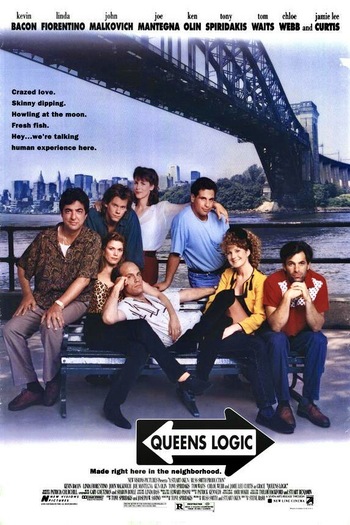 Ray (Olin), a painter, is set to marry Patty (Webb), who owns her own hair salon, but he's having second thoughts. Meanwhile, Al (Mantegna), his cousin, who owns a fishery, is happily married—or so he thinks— to Carla (Fiorentino), but when he shows up several hours late for their anniversary, she cold-cocks him and leaves him, taking their kids with her. During that weekend, as Ray and Al's friends—including Vinnie (Spiridakis), an actor; Dennis (Bacon), a musician; and Eliot (Malkovich), who owns the fishery with Al—gather to prepare for Ray's wedding or not-wedding, there's plenty of soul-searching and laughter from everyone.

Though it didn't get much of a theatrical release (and was released straight-to-DVD in countries such as Britain and Canada), it has gained a small cult following thanks to its cast.