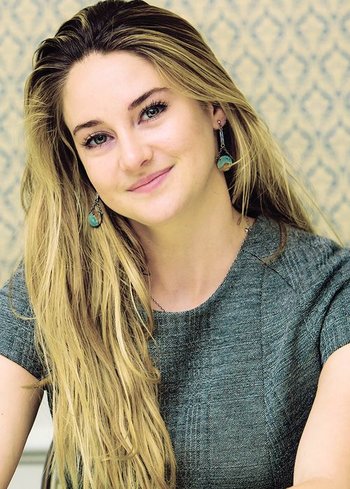 She began her career at the age of ten, acting in various commercials and small parts on television. She even played Kaitlin Cooper on The O.C. - but the role got recast with Willa Holland when the character became a regular. Her first major role came as Amy Juergens on The Secret Life of the American Teenager. Despite the show's tepid reception among critics, Shailene's performance was noted to be a standout. Sure enough, she made her feature film debut in an impressive way - playing the daughter of George Clooney in The Descendants.

She rose to stardom in The New '10s starring in films based on Young Adult Literature. The Spectacular Now, Divergent and The Fault in Our Stars earned her both attention and acclaim. As she entered her mid-twenties, she sought to distance herself from teen films and YA roles. Playing Lindsay Mills, the real life girlfriend of Edward Snowden in Oliver Stone's Snowden, and a young single mother in HBO's Big Little Lies appears to be helping her do just that.

Outside of acting, she's an avid environmental activist, and co-founder of the All It Takes organization — a non-profit organisation dedicated to teaching young people about conserving the environment. She also prefers to live out of a travel bag — after giving the house she owned to her grandmother — only drinks water she collects herself from springs, eats a tablespoon of clay a day to "remove metals from the body", and openly protests

In February 2021, the news broke that Woodley had been in a relationship with Green Bay Packers quarterback Aaron Rodgers for several months, followed shortly by the news that the pair were engaged. However, the marriage never took place as they ultimately ended their relationship in early 2022.