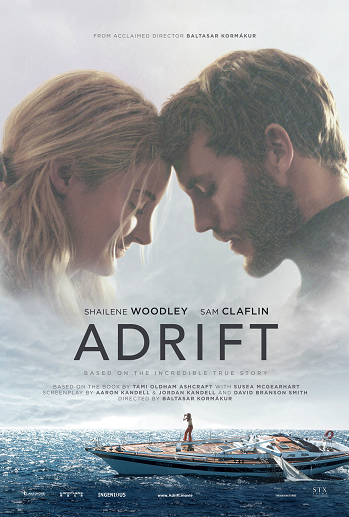 In 1983 a young couple named Tami and Richard set off on a voyage in a small sailboat to cross the Pacific. Unfortunately their course leads them into one of the most powerful Pacific hurricanes in history. Now with their boat barely holding together and Richard gravely injured, Tami must find a way to get them to a position when they can be seen or make a call for help.

Not to be confused with the 2006's film of the same name. Or with the 2016's space-based exploration game Adr1ft.