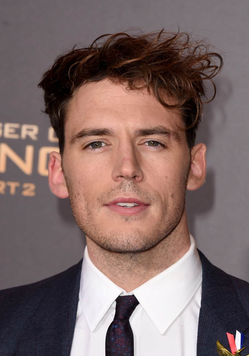 Samuel George Claflin is an English actor. Born on June 27, 1987 in Ipswich, England, his first major role was as the good-natured missionary Phillip Swift in Pirates of the Caribbean: On Stranger Tides. He notably played heartthrob Finnick Odair in The Hunger Games movies, and is also known for his work on films like Snow White and the Huntsman and its sequel, Love, Rosie, and Me Before You. On the television side, he played Oswald Mosely in Peaky Blinders.

He was married to actress Laura Haddock from 2013-2019; they have two children.