Series / The Secret Life of the American Teenager 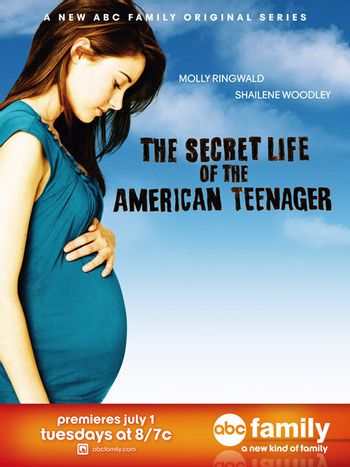 A teen drama on ABC Family mainly focusing on six teens in high school, one of whom is pregnant. Created by Brenda Hampton of 7th Heaven fame. In Development Hell for ten years, it finally got picked up by ABC Family. It ran from 2008 to 2013.