Series / Secret of the Three Kingdoms 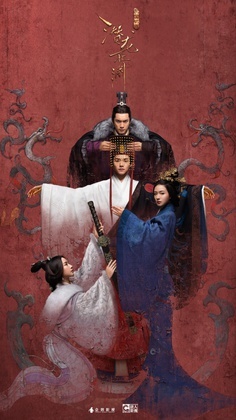 One of the emperor's concubines gives birth to twin boys. One boy, Liu Xie, is raised in the palace and becomes the next emperor. The other, Liu Ping, is sent away and raised as a commoner. Years later Liu Xie, now a puppet emperor under the control of the warlord Cao Cao, summons Liu Ping to the palace to impersonate him and take his place as emperor.

(though not available in all regions) and on YouTube

, both with English subtitles.