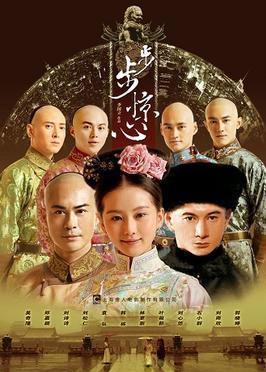 Zhang Xiao suffers a near-fatal accident that sends her back in time to the Qing dynasty. She finds herself in the body of Ruo Xi, one of her previous incarnations, befriends several of the Kangxi emperor's sons, and gradually adjusts to life in the past. Using her knowledge of history, she tries to change the past to save her friends' lives, as the notorious struggle among Kangxi's nine sons to become his heir is about to begin...

Moon Lovers is a Korean remake of the series. Scarlet Heart is often compared to Palace, another 2011 series about a modern girl who travels back to the Kangxi Emperor's reign and falls in love with one of his sons. An in-name-only sequel, Scarlet Heart 2, aired in 2014.