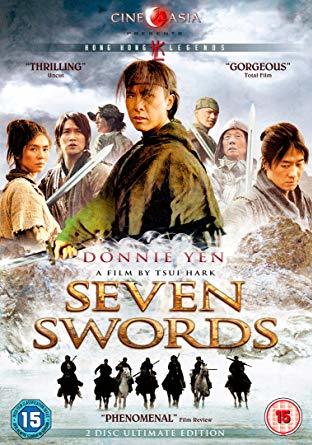 A peaceful village is threatened by a powerful warlord set on collecting the government bounty on martial artists—three hundred silver pieces per head—not sparing the women or children. Seven powerful swordsmen assemble to protect the peaceful but threatened Martial Village.

There is also a related TV series Seven Swordsmen.