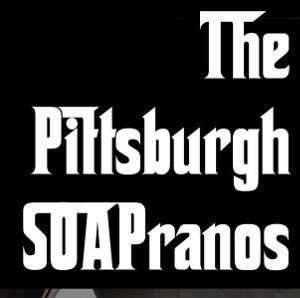 The Pittsburgh SOAPranos is a 2017 web series filmed in Pittsburgh, featuring the fictional adventures of Pip & Lola's Everything Homemade

, a non-fictional store for vegan and vegetarian barely-scented soaps. Over the course of the first season of six episodes, Sami hires an assistant to deal with her increased workload, is targeted by a Mob soap store that sees her as a direct competitor, deals with insane upstairs neighbors, wacky customers, and her flaky husband, Bruce, and hires yet another assistant after the first one stops showing up to work. In the second season, the store deals with a dead body found in their store, and the Mafia step up their efforts...

The series is written by Samantha A. Camp and stars a wide variety of local actors in the Pittsburgh area.