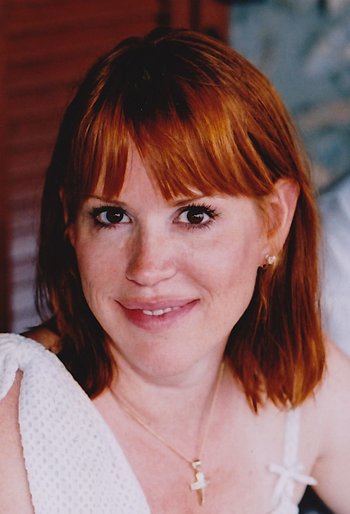 "You never know when you read a script how it's going to turn out because so much depends on the collaboration between people. If I'd been in some of the movies I turned down, maybe they wouldn't have been a success."
Advertisement:

Molly Kathleen Ringwald (born February 18, 1968 in Roseville, California) is an actress famous for being part of the Brat Pack (a group of actors associated with several Eighties teenage comedy films) and for starring in films such as Sixteen Candles, The Breakfast Club and Pretty in Pink. In addition to her acting career, Ringwald is also an author, singer, and dancer.

Works she has starred in include:

Books she has written include: