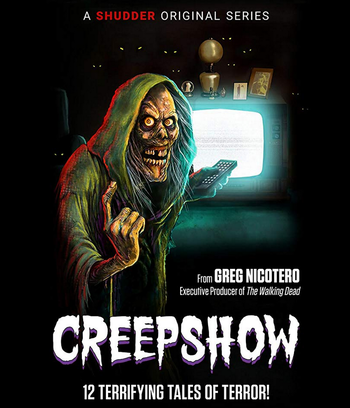 A live-action series based on the film Creepshow and its sequels, by collaborators George A. Romero and Stephen King.
Advertisement:

The series began streaming on the horror service Shudder on September 26, 2019 and then premiered on AMC on May 4, 2020. Each episode features at least one short story by popular horror authors, including Stephen King, Joe Hill, and Josh Malerman, among others. Tom Savini directs the collection, and the series features actors from the first franchise, including Adrienne Barbeau.

Here is the official trailer