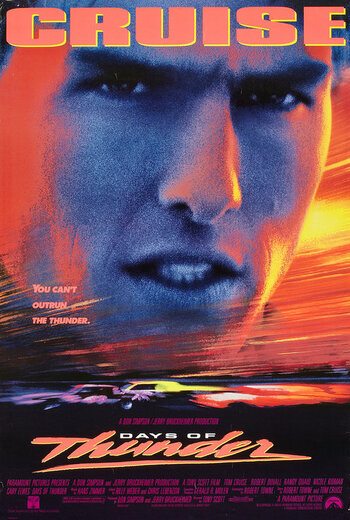 A 1990 action drama film starring Tom Cruise as Cole Trickle, a USAC Indy Car race car driver who enters the world of NASCAR. His cocky attitude gets him into trouble with not only other drivers, but his own team as well. Written by Robert Towne and directed by Tony Scott, the film co-stars Robert Duvall, Randy Quaid, Michael Rooker, John C. Reilly, Cary Elwes, and Cruise's then girlfriend, Nicole Kidman.

These tropes seen in this film include: