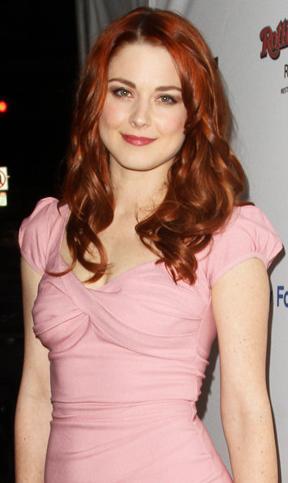 She gives a different meaning to Fiery Redhead.
Advertisement:

Alexandra Hetherington "Alex" Breckenridge (born May 15, 1982 in Bridgeport, Connecticut) is an American actress, photographer and voice artist. She is noted for her roles on the television shows Dirt, The Ex List and American Horror Story, particularly in the last one's first and third seasons. She also is the voice of various characters on the animated television series Family Guy.

She is also the niece of NCIS star Michael Weatherly.