Series / This Is Us 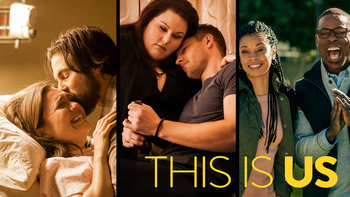 This is real. This is love. This is life.
Advertisement:

This Is Us is a dramedy series aired by NBC that started in 2016 and ended in 2022 after six seasons.

As disparate as their stories may seem, it's revealed at the end of the pilot that something greater than their shared birthday ties them together: Jack and Rebecca's story is set from the 1970s to the 1990s; Kevin, Kate, and Randall's stories are set in the present day.

This Is Us provides examples of the following tropes: