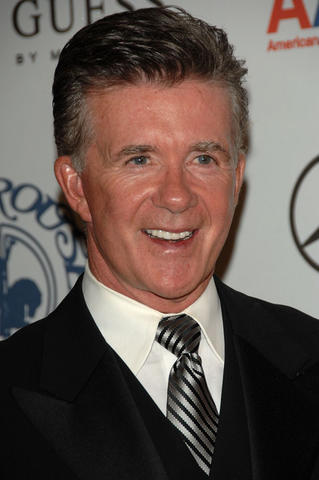 Aside from his most famous role as Dr. Jason Seaver in the 1985-92 sitcom Growing Pains, he has composed many Theme Songs, including some for the Game Show genre...and not just title themes, either, as Thicke typically wrote the prize and commercial cues as well.

His brother Todd also composed game show themes (for the mid 80s revivals of Let's Make a Deal and Split Second (1972)) and has been a producer or America's Funniest Home Videos since it began in 1989.

His son Robin broke out in The New '10s as a pop star.

Hosted or starred in: