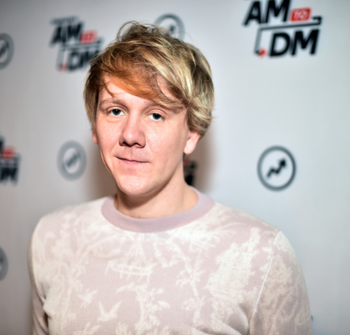 He first came onto the comedy scene in 2005, when at the age of 17, he became the youngest-ever winner of the Melbourne International Comedy Festival's Raw Comedy Competition. From there, he moved on to his first solo show, and developed a podcast with friends Melinda Buttle and Tom Ward. He also wrote for Girlfriend magazine. He competed in Celebrity MasterChef Australia, but lost in the first heat, which he jokes about at length. He hosted the 2011 Melbourne Comedy Festival Gala event.

His comedy style is very self-deprecating, and his act mainly consists of rambling anecdotes about things that have happened to him. Originally, a big part of his schtick was how awkward he was with the opposite sex; once he came out as gay, he made it quite clear that his ineptness at sex and romance had not changed, merely shifted in focus from women to men. He describes his skill set as "not very good at things ... but quite good at talking to large groups of people about genitals".

Came out as gay in late 2009, and was selected by samesame.com.au as one of the 25 most influential LGBT Australians.

He writes and stars in Please Like Me, a semi-autobiographical comedy/drama series which premiered on ABC2 in 2013. Originally planned for a six-episode run, the show has been renewed three times by The ABC, in conjunction with American TV network Pivot, making it The ABC's first scripted comedy to reach its fourth series.

In 2020, he starred in Everything's Gonna Be Okay, a comedy series airing on Freeform.

He is oddly remembered as wearing cardigans a lot.

His media appearances and shows contain examples of: