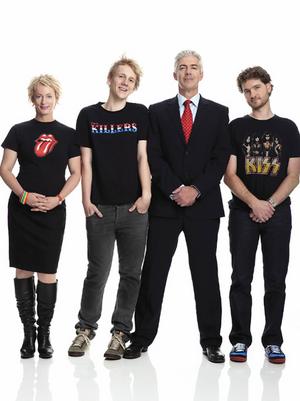 Australian Panel Show hosted by Australian comedian Shaun Micallef, which premiered in May 2009 and ran for four seasons on Network Ten.

Typically, each episode consists of six rounds with the three teams competing in various themed games with awful names. While ostensibly a point is given for each correct answer, in actuality, the points are given at Shaun's discretion. The first three rounds are the three teams pitted against each other, the fourth is each team on their own selecting a topic from "The Magic Window", the fifth is "Your Generation", wherein each team answers themed questions about their own generation (such as "Horses" or "Famous Michaels"), and the sixth round, "Endgame", involves each team having to perform some task in order to prove which generation is best (some such tasks have included "working in an office", "renovating a laundry" or "milking a cow").

In 2017, it was announced that a revival series consisting of eight episodes would be produced, this time airing on Nine Network. As part of the revival, the Baby Boomers were removed and Generation Z was added. Team captains are: