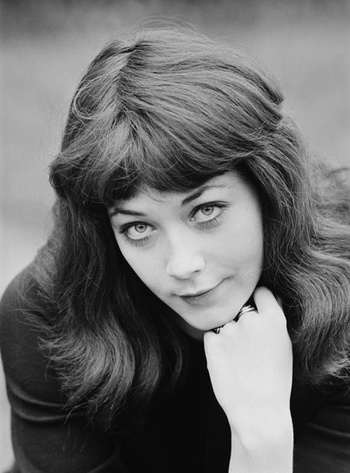 Linda Thorson (born Linda Robinson on June 18, 1947 in Toronto, Ontario) is a Canadian actress who has performed mostly on television and stage.

She's best known for playing Tara King, the successor of Emma Peel (Diana Rigg) as the partner of John Steed (Patrick Macnee) in the final two seasons of the British series The Avengers in 1968 and 1969, of which she's the last surviving main cast member.

She has appeared in many other TV series such as Return of the Saint, Star Trek: The Next Generation, Kung Fu: The Legend Continues and The Transporter, and she had a recurring role on Emmerdale as Rosemary King. She also made a guest appearance on Schitt's Creek.