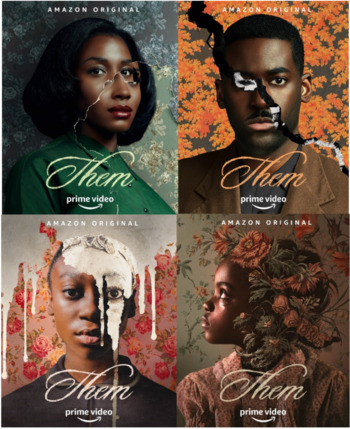 "This is how it begins. It starts with one family. They came from someplace worse. We'll have to make this place worse."
"What's worse than worse?"

THEM is an 2021 series on Amazon Prime, created by Marvin Little and executive-produced by Lena Waithe.

Compare Lovecraft Country and Jordan Peele's Get Out! and Us.