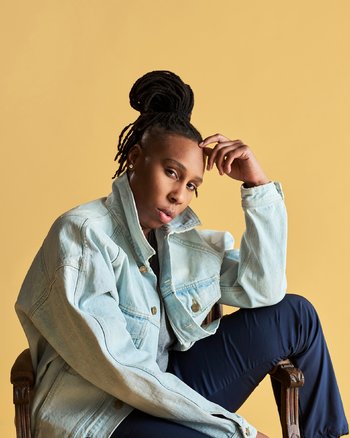 Lena Waithe (born May 17, 1984 in Chicago, Illinois) is an American actress, producer and screenwriter. She created the televison series The Chi, Boomerang 2019, and is writer and producer of the film Queen And Slim. She acted in television and film including the series Master of None, which is she also a writer and became the first black woman to win a Emmy Award for Outstanding Writing for a Comedy Series for the "Thanksgiving" episode.