Series / Tales from the Loop 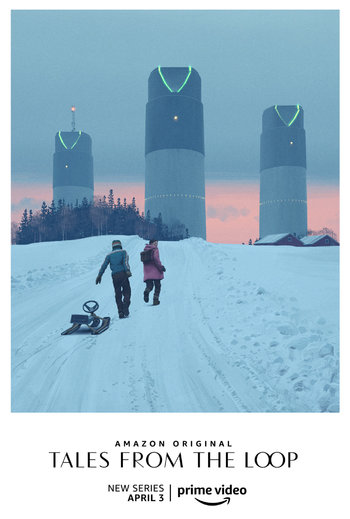 "See, there's nothing to be afraid of. It's just different."
''As a result of our unique research, you will see here sights that, well, you'd say were impossible. And yet, there they are."
- Opening Narration
Advertisement:

The series focuses on the adventures of those who live in Mercer, Ohio above the Loop, known formally as the Mercer Center for Experimental Physics. Everything within the Loop is powered by "the Eclipse," a mysterious object of unknown origin said to be the facility's "beating heart," and the remains of the experiments there affect the residents of Mercer in strange and fantastic ways.

Jakob and Danny discover a capsule in the woods that allows them to switch bodies.

Jakob and Danny discover a capsule in the woods that allows them to switch bodies.