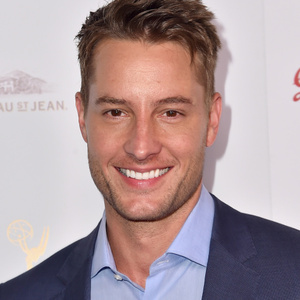 No, he's not Jake McDorman.
Advertisement:

He is most well-known for his performances as the first Fox Crane (2002-2006) on the soap opera Passions, Green Arrow/Oliver Queen on Smallville (2006-2011) and Kevin Pearson on This Is Us.

For his work, he has been nominated for a Daytime Emmy Award for lead actor in a drama series for The Young and the Restless and he and the cast of This Is Us won a Screen Actors Guild Award in 2017.