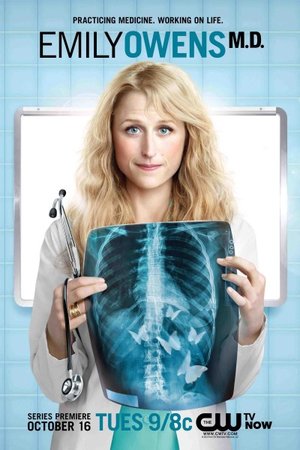 Emily Owens, M.D. was a Live-Action TV series that aired on The CW in 2012 and 2013. Often described as Medical Drama meets Mean Girls, this is a story of a young intern, the titular Emily (Mamie Gummer), who comes to work in a big hospital and gradually realizes that being an adult is much less different from being in high school than one might expect.

Despite being quite short-lived (only 13 episodes were aired), this series managed to gain some fans. It was praised for good acting and overall realistic, down-to-earth atmosphere.