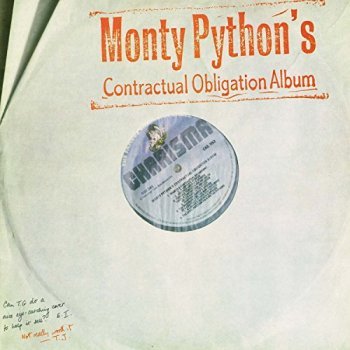 Truth in album titling.
"Two Words: contractually obligated!"
— Kelly Clarkson, on why she did From Justin to Kelly

Works creators say they did mainly to fulfill a contractual obligation.

Similar to Money, Dear Boy except for the creator's goal in many instances is to avoid losing money as a result of getting sued for breach of contract, incurring legal expenses, and (in the worst-case scenario) having to pay damages.

For a creator involved in a contractual obligation project, the obligation aspect looms over everything. A typical example is when there's a final project left in a long-term agreement between parties whose relationship has soured. The enthusiasm for this last project may be low since at least one party just wants to get it over with and end the deal. Other times, the Contractual Obligation Project may be one a creator will do just so they can get to do another more enticing project that's also part of the deal. This does not mean a Contractual Obligation Project is all but guaranteed of being a dud. There are times when, in spite of everything, the final product will end up being financially successful, award-winning, and highly-regarded.

Note that this is mostly an American trope, due to the way in which Common Law works. Many other countries forbid forcing a person to work against their will unless the person who signed the contract also compromised in some way or another to work in that project. There are a few exceptions to this, especially when divorced people are involved.

Compare with Ashcan Copy, which is a project that is greenlit to avoid a penalty because the terms of a contract aren't being met.