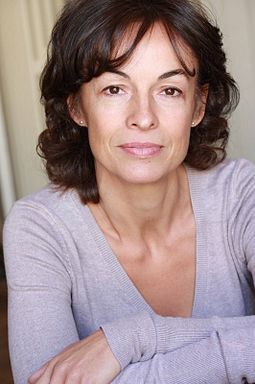 Her voice is known for her subtle mix of mild sultriness and authority. Her first dubbing work was none other than Madonna in Bloodhounds of Broadway (1989), though her career in that field really took off in 1996 with the French dub of Neon Genesis Evangelion, in which she voiced Misato Katsuragi.

She's particularly active in anime dubbing, and dubs the roles Helena Bonham Carter, Tilda Swinton, Morena Baccarin and Scottie Thompson on a regular basis. She also had a small role in Femme Fatale.

Her husband, Jean-Pascal Quilichini, is also a voice actor in his own right, as are their children, Clara and Victor Quilichini.

Characters she has voiced/dubbed in French include: