Film / The Ides of March 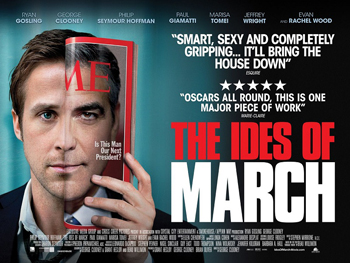 The plot centres around Stephen (Gosling), an idealistic staffer on the presidential campaign of Governor Mike Morris (Clooney), who discovers some rather disturbing secrets about Morris and has to decide whether his career is more important than his ideals.