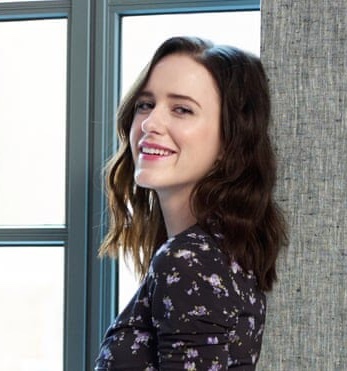 Actually, she hails from Milwaukee, not the Upper West Side.
Advertisement:

Rachel Elizabeth Brosnahan (born July 12, 1990 in Milwaukee, Wisconsin) is an American actress, best known for her roles as Rachel Posner in House of Cards (US) and as the title character in The Marvelous Mrs. Maisel, the latter role earning her an Emmy Award and two Golden Globe Awards to date.

She is the niece of the late fashion designer Kate Spade, and in 2019 even appeared in an advertising campaign for her aunt's namesake label. She's also married to Jason Ralph of The Magicians (2016) fame.