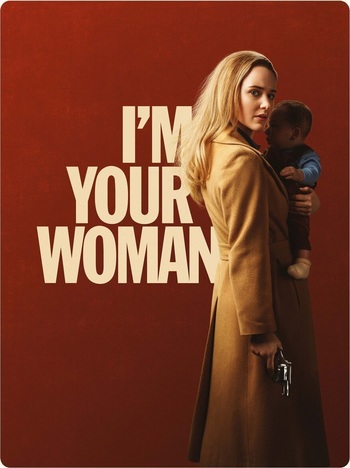 I'm Your Woman is an American neo-noir crime film released in 2020. It was directed by Julia Hart, of Stargirl fame. The screenplay was written by both Hart and Jordan Horowitz.

It is about a woman named Jean (Rachel Brosnahan) who is forced to go on the run with her baby after her husband (Bill Heck) betrays his "friends" in the mob. It is set in the northern United States, sometime in the 1970s.

I'm Your Woman includes examples of the following tropes: