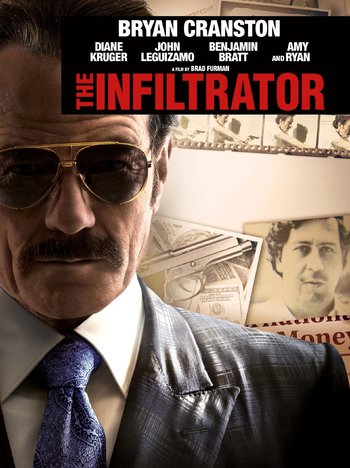 The Infiltrator is a 2016 American biographical crime thriller directed by Brad Furman that has a US Customs Agent Robert Mazur (Bryan Cranston) going undercover as a corrupt businessman to help bust Pablo Escobar's money laundering in the 1980s.