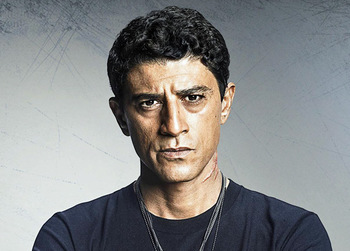 Saïd Taghmaoui (born July 19, 1973 in Villepinte, France) is a French-American actor and screenwriter. His parents were Moroccan immigrants of Berber ancestry from Essaouira who settled in France.

His Star-Making Role in French cinema was that of Saïd in La Haine, and he has built most of his career in the USA since the late 1990s. He became an American citizen in 2008.