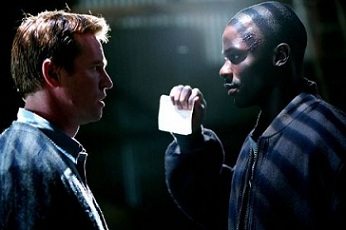 The story follows Bobby Scott (Kilmer), a government secret agent charged with finding and recovering the kidnapped daughter (Bell) of the U.S. president, who is partnered with the new recruit Curtis (Derek Luke). Scott is obedient and cold when it is necessary, but quickly discovers a much larger and more sinister political scheme.

Spartan has been labelled by some as "the thinking man's thriller", and has a moody and slow-paced atmosphere. The film received mixed to good reviews, particularly regarding the ending.