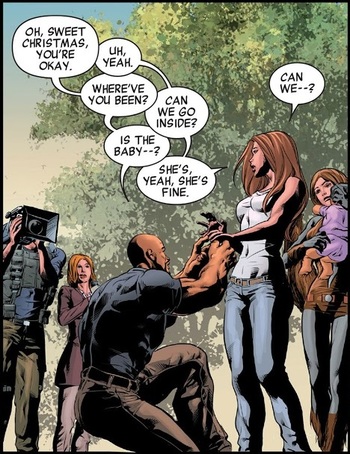 American writer David Mamet is probably most famous for his distinctive style of writing fast, clever, edgy dialogue. When a playwright wins a Pulitzer Prize, his style does not often go without imitation. Mamet's often-imitated dialogue style is called Mamet Speak.

Mamet Speak has the following qualities:

Compare Rapid-Fire Interrupting, where the interrupting is one-sided. Also related to World of Snark.