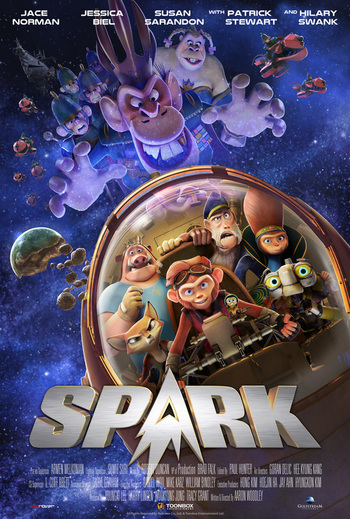 A great monkey of an adventure!
Advertisement:

Spark (Known as Spark: A Space Tail in the U.S.) is a 2016 3D animated film about a monkey named Spark, whose home planet of Bana was destroyed by his evil uncle who stole the throne from his father. Spark goes on an adventure to defeat his evil Uncle with the help of his guardians Vix and Chunk.